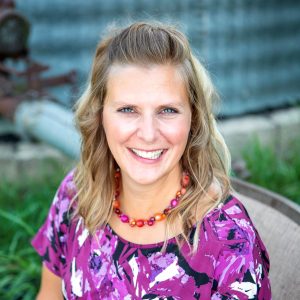 20% of Flood Damage Affects Homes Outside of Flood Zones

Clearsurance.com recently published a guide to flood insurance. This guide provides statistics related to country-wide risk. One of the most shocking facts about floods is that every state in the U.S. has experienced flooding in the past five years.

So, individuals who believe themselves to be out of harm’s way should reevaluate their risk and take the proper steps to protect themselves.

According to Clearsurance.com, just one inch of water can result in $25,000 worth of damage. Many people would consider that minor flooding, but $25,000 in damage is far from insignificant.

It’s common for major storms to result in billions of dollars worth of damages in a single state or region. Many mortgage providers require homeowners to purchase flood insurance for homes built on flood plains, but 20% of flooding in the U.S. happens in areas outside of identified flood zones.

Unless a homeowner chooses to purchase flood insurance, they are left with the responsibility to cover the financial impact on their own. FEMA provides grants to homeowners following many significant floods, but this assistance is usually not nearly sufficient to cover actual losses.

As with comprehensive car insurance, consumers can’t purchase a home flood policy and expect immediate coverage. There is usually a waiting period before applying for coverage and receiving an in-force policy.

But, as with car insurance after a natural disaster, flood insurance proves its value when a policyholder has to make a claim.

Individuals who carry flood insurance can depend on coverage for a wide range of damages.

Clearsurance.com reports that flood insurance costs an average of $700 per year. Homeowners in high-risk areas can expect to pay more, while those in low-risk regions may pay less.

A homeowner in a flood zone can purchase coverage from the National Flood Insurance Program (NFIP). These plans are backed by the federal government.

Unfortunately, homeowners outside of a FEMA-designated flood plain in a community that doesn’t participate in NFIP may have difficulty finding flood insurance. Some private insurers offer policies, but they’re not always easy to find.

One of the most critical steps related to filing a flood insurance claim is providing documentation. A homeowner that can prove the pre-flood condition of their home and belongings will have an easier time receiving compensation.

Additionally, homeowners need to track their repair expenses. They can’t expect their flood insurance provider to take their word on anything. Receipts are critical to receiving compensation.

Even though flood damage can create stress for homeowners, it’s essential to file a claim as soon as possible. Sometimes, claims take a long time to process, especially if an entire region was impacted. So, the sooner a claim is submitted, the sooner it can be processed.

Minor flooding can cause tens of thousands of dollars in damages, and major flooding can completely destroy a home. Flood insurance is the best way for homeowners to protect themselves from the financial risk of flood damage.

Car sharing is renting a car. But instead of renting from an agency, peer car-sharing platforms like Turo allow customers to rent from other people.

At $12.50 Monthly, Umbrella Insurance Is a Cost-Effective Option

According to a recent report published by Clearsurance.com, umbrella insurance is one of the least expensive insurance products on the market. A one million dollar policy costs only $150 – $300 annually. That’s just $12.50 to $25 per month.

While consumers are used to rising costs, sometimes it seems that insurance premiums are increasing at a rate that exceeds inflation. Clearsurance.com explains that several factors contribute to rising premiums.

Clearsurance.com Reveals the Cheapest and Most Expensive Cars to Insure

Clearsurance.com recently published its list of the cheapest and most expensive vehicles to insure.