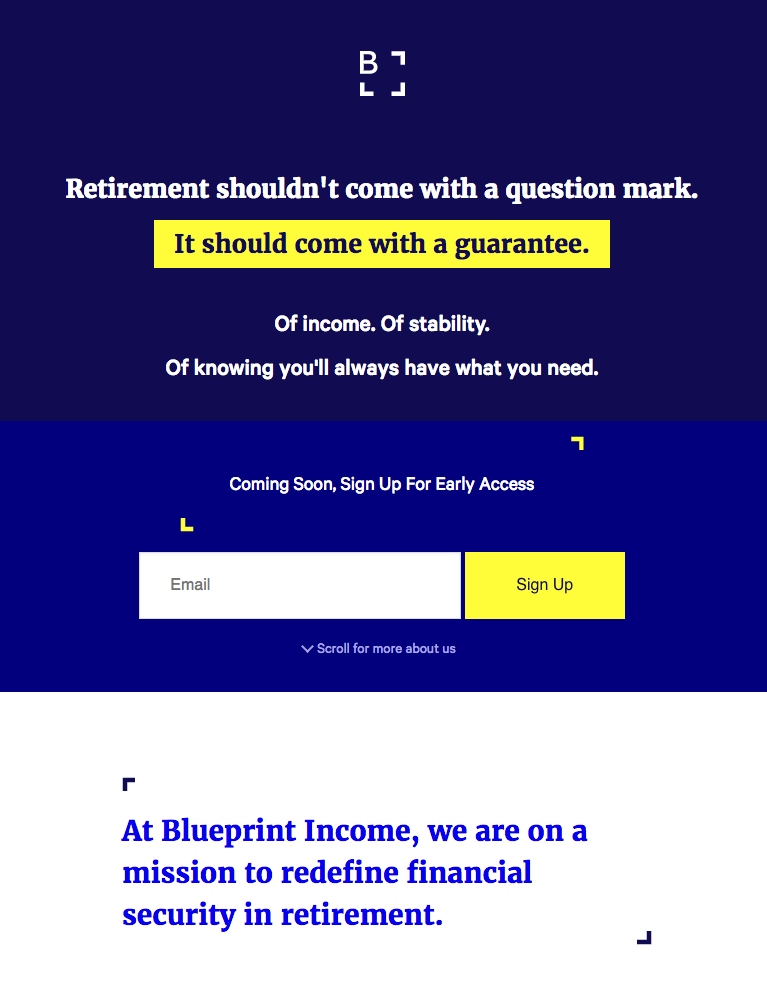 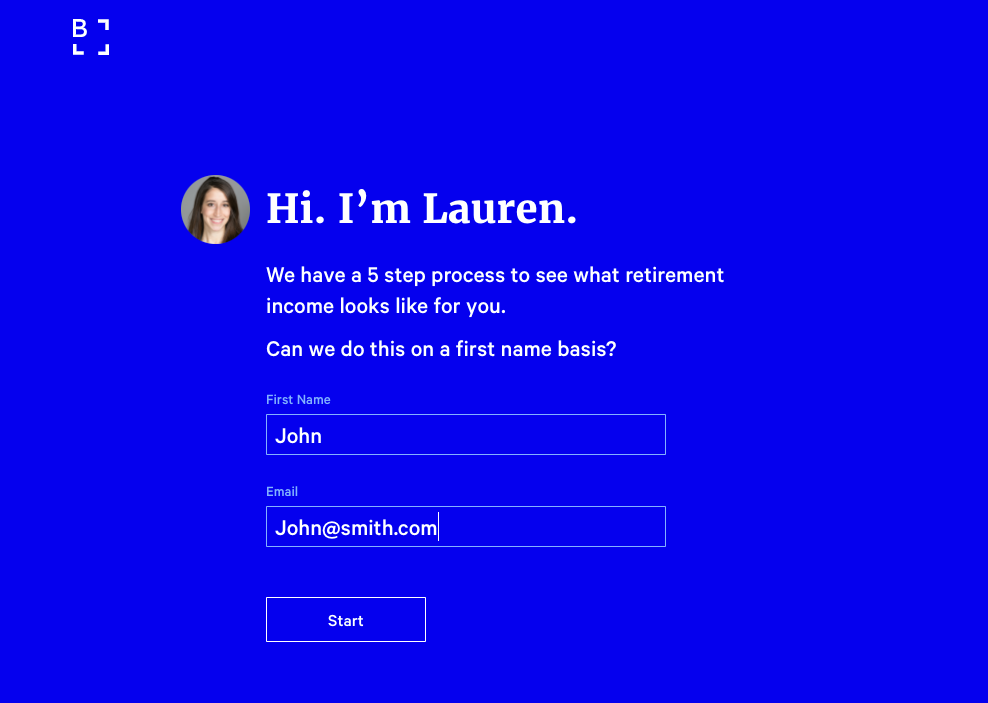 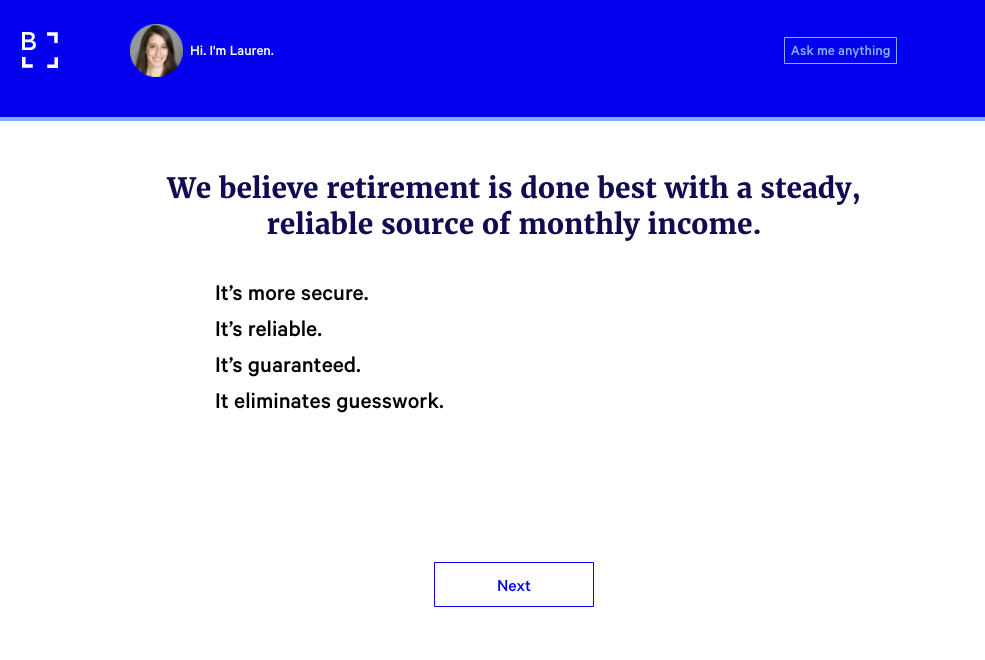 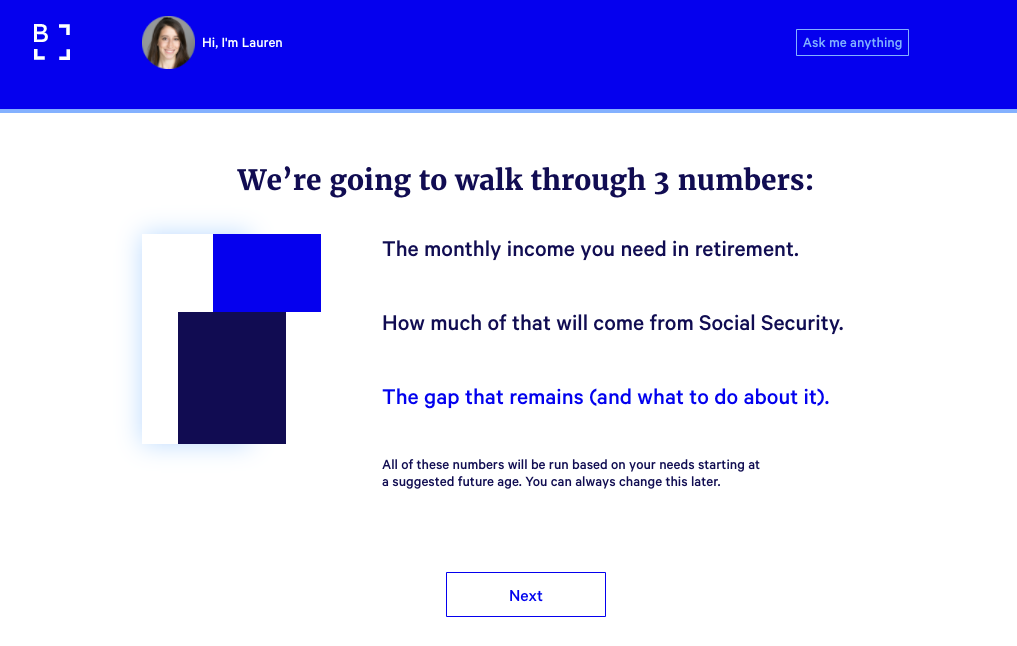 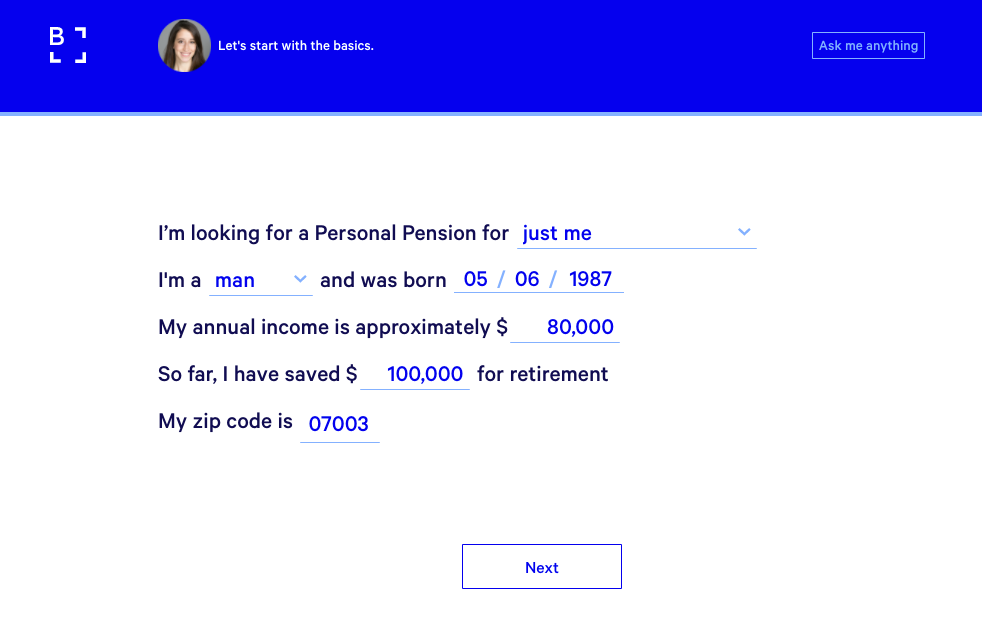 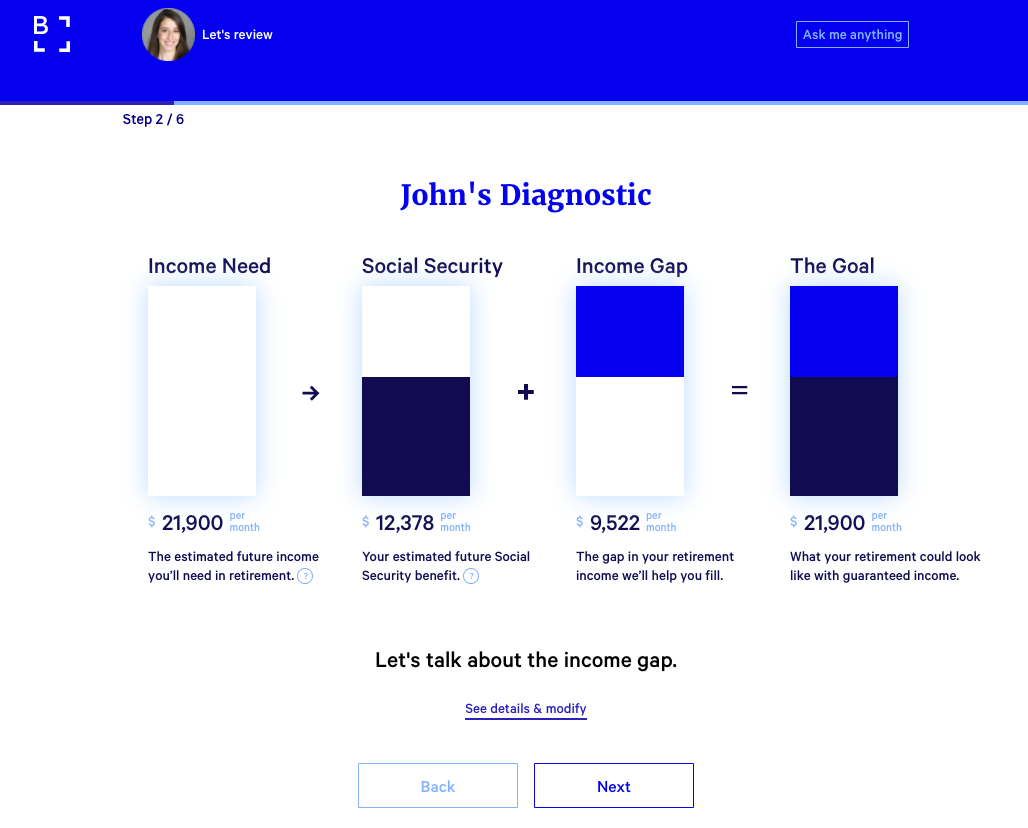 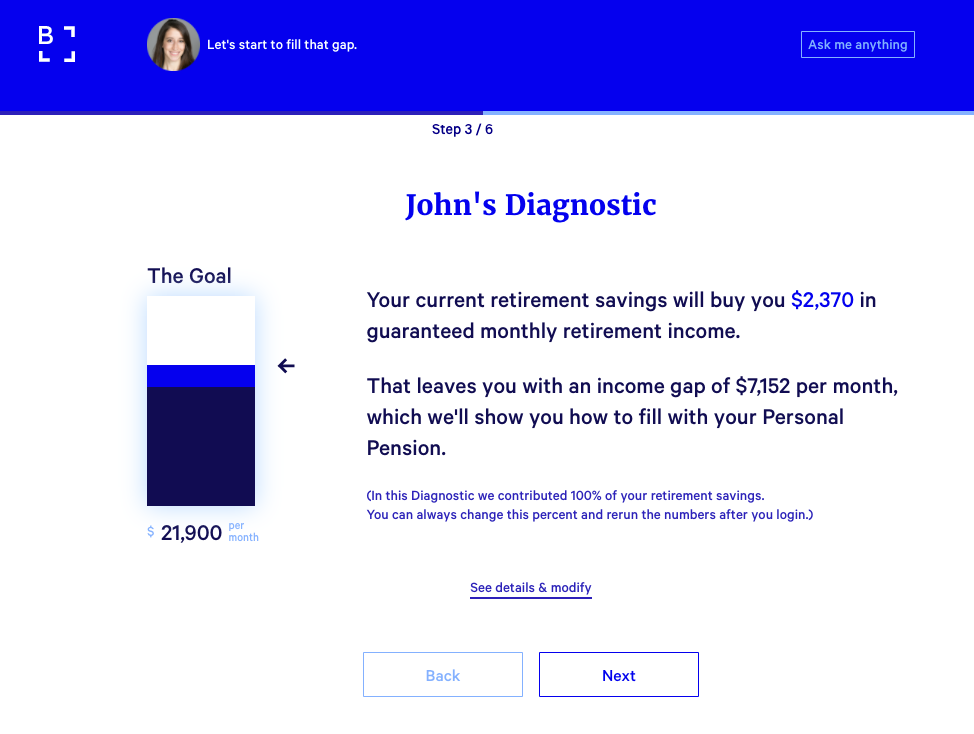 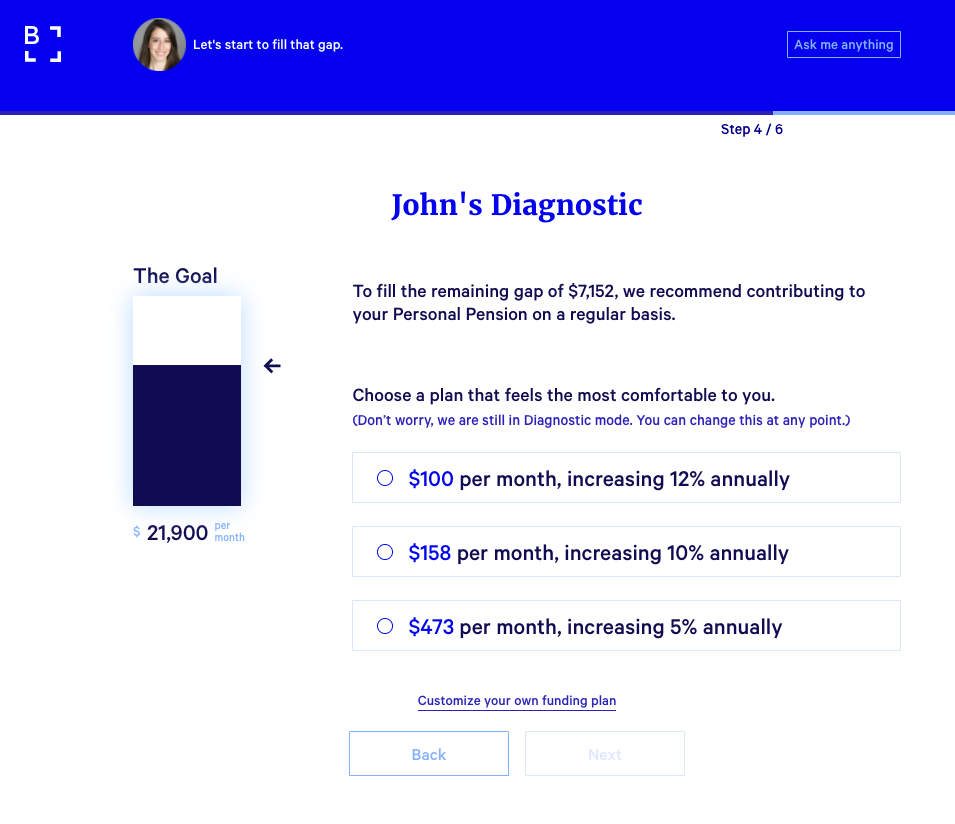 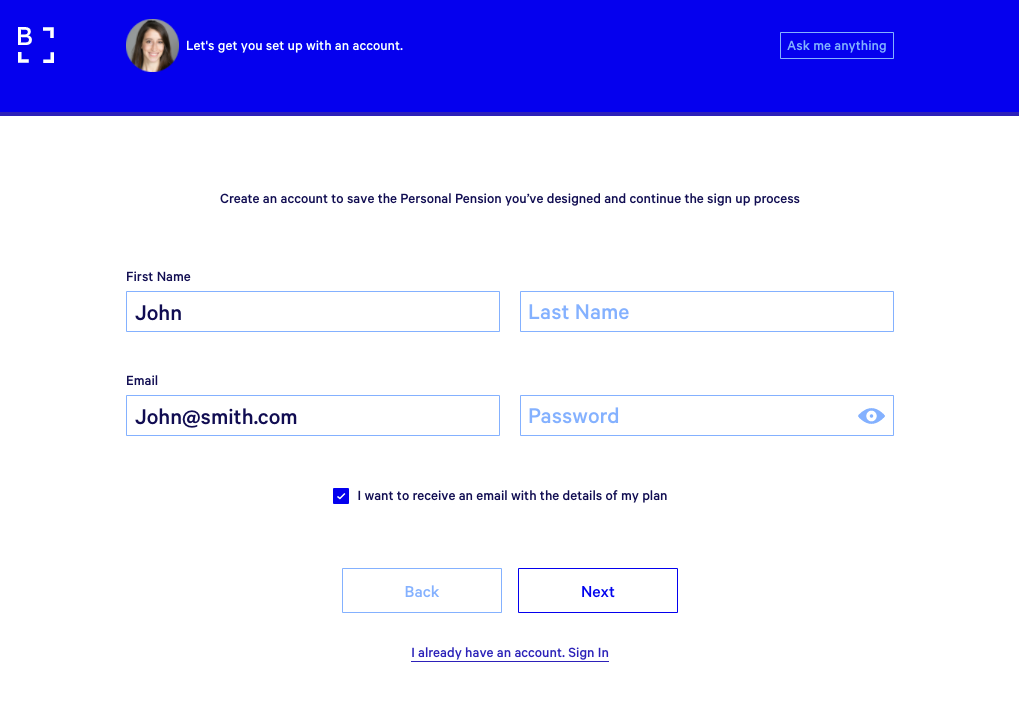 Let me explain: Blueprint Income (formerly known as Abaris) is a digital proposition for those looking for retirement plans online. Also, according to Crunchbase, in August, it has picked up an undisclosed amount of funding from San Fran-based Financial Solutions Lab, a $30 million, five-year initiative managed by the Center for Financial Services Innovation (CFSI).

To end with a word of advice. “‘Plan beats no plan’ was something Tim Geithner, the former U.S. Treasury Secretary, often said. It’s surprising how clarifying that message can be when you feel like you’re operating in a world of imperfect information, which, by the way, you always are. It’s never too early to have a plan, even when you know it’s wrong and you’ll have to revise it later – founder Matt Carey on the best business advice he’s ever gotten.

Blueprint Income offers an online marketplace where users can purchase simple annuities, offered directly to consumers and through affinity partners.

has launched the AARP Annuity Marketplace powered by Blueprint Income, an exclusive marketplace for AARP members to compare and purchase... 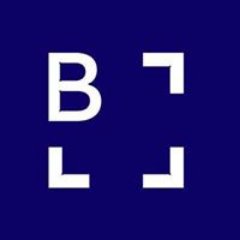