Hagerty announced that it has acquired the California Mille and will work in collaboration with the Swig family, founders of the time-honored collector car rally, to continue its tradition of excellence.

The California Mille attracts owners of some of the most celebrated collector cars in the nation and invites them to enjoy a sense of camaraderie while embarking on meticulously curated routes along Northern California’s scenic mountain and coastal roads. The Mille joins the Greenwich Concours d’Elegance (ranked as a top five US automotive event by USA Today) in Hagerty’s growing lineup of immersive automotive experiences.

The event is an homage to the original Mille Miglia (Italian for “1,000 miles”), which ran from Brescia, Italy, to Rome and back. The race ran 24 times between 1927 and 1957. In 1977, it was reborn as a slower-paced and vastly safer time-speed-distance rally in which drivers try to complete the course at an assigned average speed. Unlike the Italian Mille Miglia, the California Mille is not a race, but an opportunity for participants to drive at their own pace on a carefully preplanned route.

The California Mille story can be traced back to when John Lamm and Martin Swig went to the 1982 Mille Miglia in Brescia, Italy, with Martin’s 1955 Alfa Romeo 1900 Zagato. Nine years later, Martin Swig hosted the inaugural California Mille. Swig’s sons David and Howard have run the event since 2012.

“Our father founded the Mille as a way of celebrating cars and the community they attract. There is no other steward whose appreciation of and vision for the Mille are as directly in line with that of our father and our family than Hagerty. We look forward to continuing our participation in this very special event and helping to maintain and preserve its legacy.” – David Swig.

Entry into the California Mille is limited to vehicles that either ran or could have run in one of the original Mille Miglias. In recognition of similar races on this side of the Atlantic, such as Mexico’s Carrera Panamericana, period-appropriate American cars are also eligible and appear alongside an impressive lineup of historic Jaguars, Mercedes-Benzes, and Porsches, as well as pre-war Alfa Romeos, Blower Bentleys, and the like. Participation each year is limited to 65 cars, and having a car accepted is a badge of honor in collector-car circles.

Hagerty recognizes the natural alignment between the event and Hagerty’s mission to save driving, according to McKeel Hagerty, CEO of Hagerty. “We share the belief that cars are about more than just getting from Point A to Point B, they’re about connection and a sense of camaraderie. We are thrilled to welcome the event and its participants to our family and will always ensure the California Mille stays true to its roots of ‘important cars, little roads, and wonderful friends.'” The 2021 California Mille is scheduled for April 25–29. 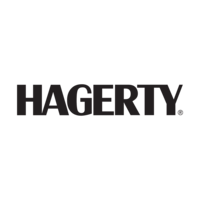 he launch of SpeedWaiver.com will allow event participants to sign waivers using their smartphones.