Founded in 2017, the startup is a team of ~20. The company looks to streamline data exchange between carriers and their partners to reduce inefficiencies during benefits enrollment.

“It should be simple for someone heading to the doctor to confirm, right on their phone, that they are covered for the visit. Someone considering a new job offer should be able to factor in how the benefits package meets their needs. Noyo works every day to make those experiences possible – we take care of the technology under the hood so software teams can stay focused on building the tools people deserve.” – Shannon Goggin, CEO and co-founder of Noyo.

“With Noyo, partnering with the software platforms our customers love is easier than ever, combining the trusted Ameritas brand with powerful technology that unlocks amazing experiences.” – Drew Fleming, Senior Vice President of Group Distribution and National Partners at Ameritas. 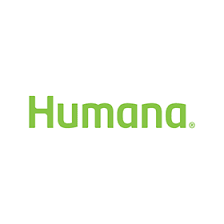 The acquisition will accelerate the development of Humana’s Value-Based Home Health offering.

As part of the collaboration, League will architect, configure and implement the platform utilizing Humana’s systems and content, with the goal of connecting benefit information, health and well-being resources and support in one seamless application.