Hg invests in Hyperion in a transaction valued at $5 billion

Hg, a European investor in software and tech-enabled services businesses, announced it will make a significant long-term equity investment in Hyperion Insurance Group, the international insurance intermediary.  The transaction values the business at an enterprise value of around $5 billion. In conjunction with an additional debt raise and existing resources, the investment will provide Hyperion with up to $1.5 billion to accelerate its growth with both selective acquisitions and investments in data and technology.

Hg  will join Howden Group Holdings as an aligned, long-term, growth partner alongside General Atlantic, which invested in Hyperion in 2013, and CDPQ, which invested in Hyperion in 2018. The Hyperion management team and employees will remain the largest shareholder group in the company, with more than 1,000 individuals now owning shares. The transaction establishes a sustainable, long-term capital model with core employee ownership supported by collaborative investment partners, enabling Hyperion to build out Howden as a leading international challenger broker and DUAL as an international specialist MGA.

Founded in 1994 and headquartered in London, Hyperion is an international insurance distribution group. Through its core activities of retail, specialty & reinsurance broking, and through DUAL, one of the world’s leading international MGAs, it facilitates the provision of B2B insurance across a wide geographic footprint. The Group operates across 200+ global offices in 40 countries and employs c.6,000 people to manage c. $9.0 billion of Gross Written Premium (“GWP”) on behalf of its clients.   It is the 5th largest employee-owned business in the UK and has a differentiated position as a leading international insurance intermediary.

The investment continues Hg’s focus on insurance distribution and insurtech. Hyperion will represent Hg’s sixth investment in the wider sector over the last 5 years – with these businesses together totaling over $1 billion of invested client capital.

Dale and DUAL announce a new MGU relationship, with capacity from Aviva

As part of this collaboration, Aviva has entered into a three-year agreement to offer capacity on mid-market global Commercial Property business written by Dale’s Property Insurance team and focusing primarily in the USA.

Hyperion X, created in 2019 as the data and technology division of Hyperion Insurance Group, has selected Reltio Cloud as... 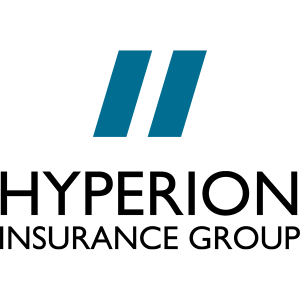 London-based Hyperion Insurance Group has announced the creation of a fourth business, Hyperion X to be launched January 1, 2019....