How Optimity is humanizing digital connections during the Pandemic 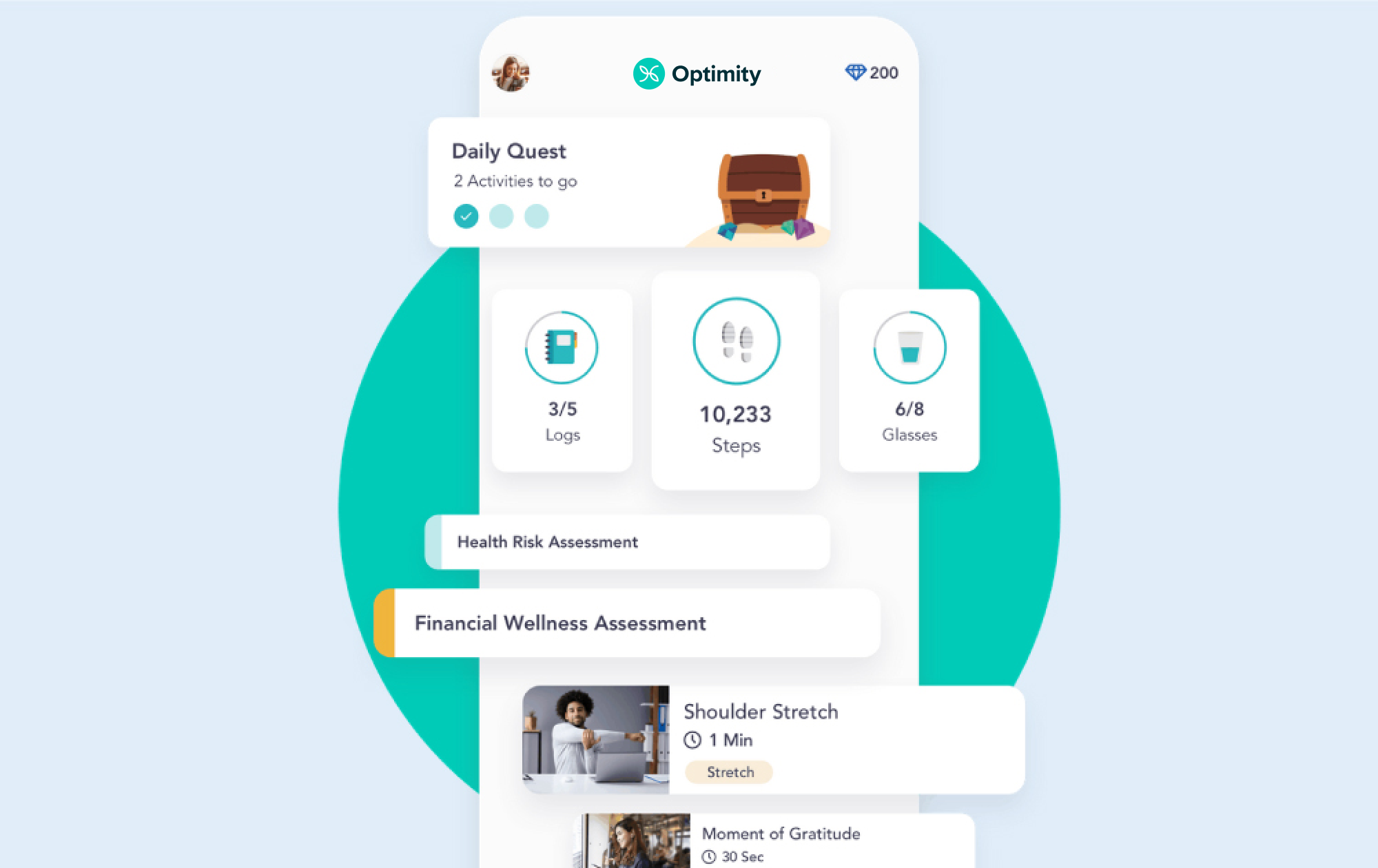 In March just when indoor dining in New York City was banned for the first time this year, Optimity launched its COVID unit, a content module meant to address the miscommunication and confusion associated with the pandemic. Using its digital health rewards program, the Optimity app incentivizes users to take healthy action and learn through educational quizzes.

In an interview with Optimity’s co-founder and CEO Jane Wang, I was told the effort to address COVID education for their users took only a couple of weeks. “The pandemic made everyone more aware of their own mortality and Optimity was able to help educate many individuals who were looking for health resources. We saw a dramatic uptick in individuals looking for ways to improve their state of health and to learn how to better protect themselves,” says Jane. “Optimity is, in fact, a dictionary word for the state of being best!”

Optimity had its start as myHealthSphere in 2013, as a corporate wellness company and worked with a number of employers; however, it knew it needed to change its name when people heard ‘fear’ instead of ‘sphere.’ They crowdsourced suggestions and ended up with some 26 possible names, and finally, Optimity was born – by popular vote. 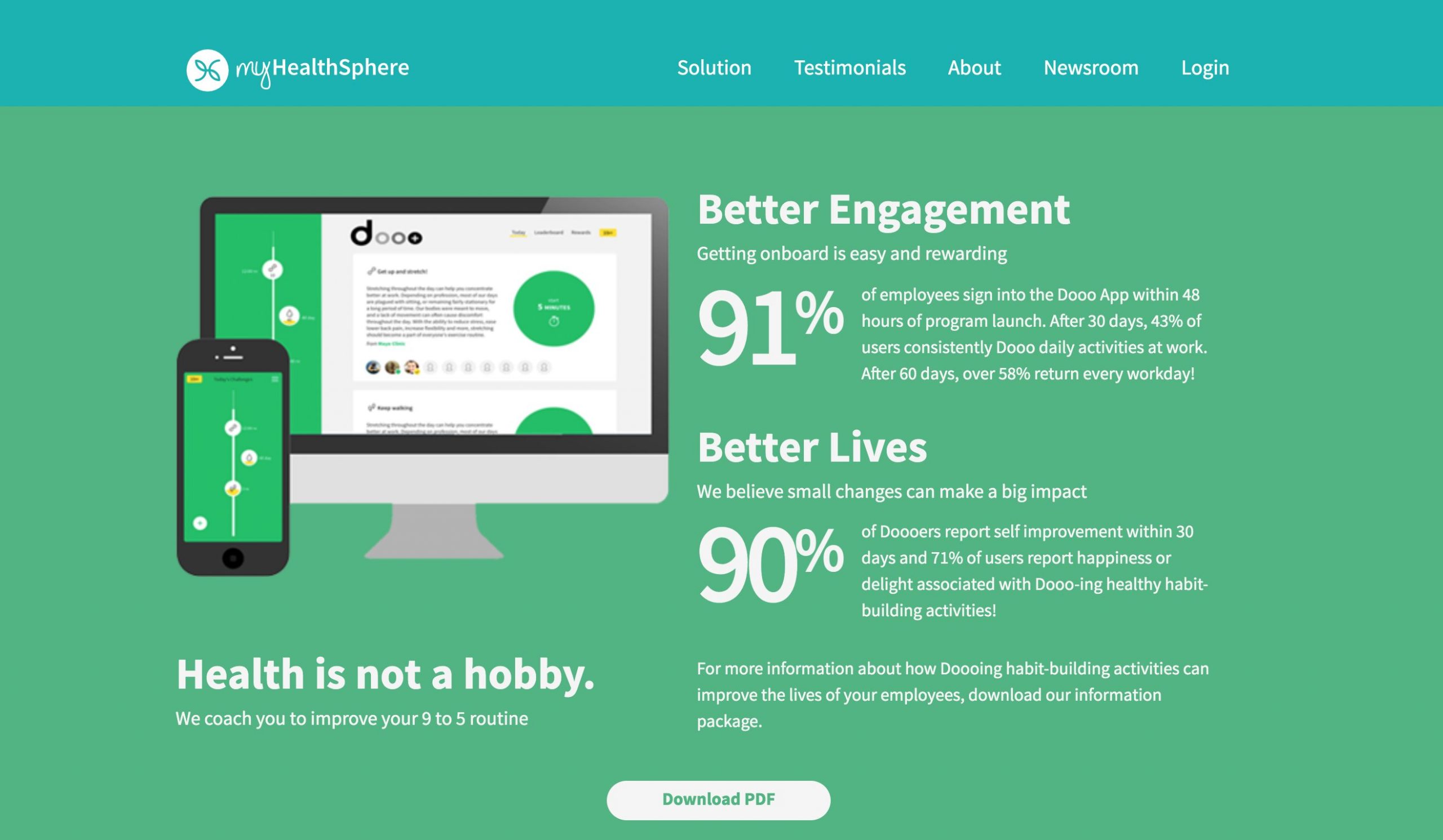 In the early days

In 2013, Jane was working on early detection technology for pharmaceutical companies when her mom was diagnosed with stage 3 ovarian cancer and passed away 6 months later at the age of 52. On the one hand, Jane was working on software for enterprises that is helping to reach thousands of patients, and on the other, it didn’t reach the one person it needed to. A year later in 2014, Jane moved from reflection to ideation to creation inspired by the rise of consumer health data in everyday tracking that was made cheaply and made popular by Fitbit, Google Fit and Apple Health. Her vision – then and now – is to democratize access to mobile-first health education and quantitative scoring with a health app. “I didn’t want to just impact thousands, I want to be able to impact millions of consumers. This cause is very near and dear to my heart,” Jane explains.

The first to buy into the Optimity Vision were large enterprises such as PWC and Microsoft that were looking to refresh and digitize their corporate wellness programs. Over the next two and half years, Optimity serviced 100 such companies but “scientifically” it wasn’t enough as its largest account had around 10,000 users and in total, it reached 50,000 users. It was also “such a long process to access these employers,” and the decision to shift to a more suitable target market was an easy one. By 2017, Optimity not only found itself working with two insurance companies, but it has also published its reduction in claims study in cooperation with Sun Life Financial. Between 2014 and 2019 Optimity worked to evangelize health promotion programs with life insurance companies. As a viable alternative to Vitality, they gained traction in working with 10 carriers on innovation. “There was a clear alignment of interest between life insurance carriers and Optimity in helping policyholders, improve health outcomes.”

Last year, Optimity bought Carrot Rewards as it saw an opportunity to scale its impact by launching a consumer-facing service. It spent most of the year rebuilding and integrating Carrot with its services; ultimately ending the year with over 1.6 million people on its mailing list. To understand the strategy behind this acquisition, you have to understand how Optimity has operated over the past four years.

Optimity’s enterprise product, which is used by insurers such as Amica and Ameritas, is more often than not co-labeled. This move – like many things Optimity – is backed by data as the cost to acquire a user is dramatically lower when users see an agnostic health brand. “With carriers you know they are trying to sell you something so there is that intention. When we co-brand, the phenomenon is similar to what you see with other third party companies such as Credit Karma and NerdWallet as users view us as an agnostic third party for health that is truly there for their best interest,” says Jane.

A carrier that sells predominantly through captive agents is an example of a carrier working with Optimity as it looks to solve for how it can engage with policyholders on a deeper level, in other words, outside the scope of ‘pay your bill.’ But before the carrier can ask any sort of additional meaningful questions, it needs to know something. That’s the role Optimity plays by providing the insurer with access to timely and relevant information that starts with the very basic building block of having access to a validated digital touchpoint. “People are receptive,” according to Optimity, “we know how to engage the customer, we know what content they want. The way the carrier generates content versus how we generate content is very different,” emphasizing that the content created must be relatable. “One of the first things we do with the carrier is we go through a marketing exercise on how content should be structured and every time they have content made, it flows through our content pipes for us to have a glance. We help them curate it through our specialist to make sure that it passes a number of filters (e.g. educational) before it is pushed out to the end-user.”

Up to this point, Optimity is satisfying insurers’ short term vision of acquiring leads, however, it is limited to the sandbox the insurer is working in. Its desire to move beyond the collection of behavioral triggers to improve underwriting models by leveraging wearable and alternative data is what led it to Carrot Rewards, a move that in the long-term, Optimity hopes will help it acquire enough consumer insights to impact risk scoring. Now, not only is Optimity in control of the user acquisition, but it is also in control of the data and insights it generates; allowing it to publish studies that were otherwise restricted to a specific insurer as the data pertained to its policyholders.

Looking at 2021, Optimity plans to expand its content hub to cover topics related to pregnancy and motherhood as mothers are under a lot of stress. In fact, 74% of US mothers say they feel mentally worse since the pandemic began, according to a survey by motherhood lifestyle brand Motherly. The report, which gathered responses from more than 3,000 millennial moms between March 9 and April 23, found that 97% of moms between the ages of 24 and 39 say they feel burned out at least some of the time, with the pandemic only making things worse. “We’re creating this massive content module on what is healthy for moms that will be available via the Optimity app [where fresh content is rolled out on a frequent basis to drive engagement].”

“Our company’s vision is to be the largest and most loved health rewards program that helps people to be quantifiably healthier. Carrot Rewards had the same vision except they were restricted to Canada, they had a million people on their platform and had scientific data that they were able to publish. We bought their assets in December 2019 and started planning in 2020, and man, was it relevant to go consumer-facing this year,” says Jane who shares her goal of reaching one in three Americans, now that the pandemic has shown that more and more people are self-assessing and self-testing and there’s a growing interest in Optimity’s financial and mental wellness content. 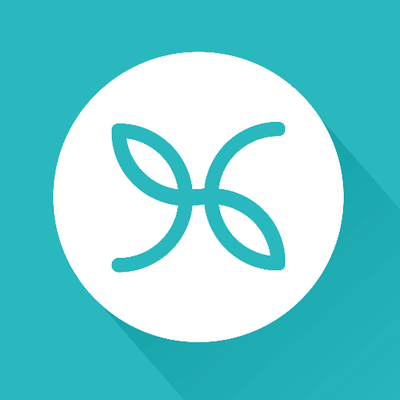