“Insurance today is very much like that unsliced loaf of bread, cumbersome and unnecessarily complicated”.

Formerly known as Oben, the Fairfax Financial-backed Indian startup has received the final approval from the Insurance Regulatory and Development Authority of India (IRDAI) ahead of its launch.

Not much else is known about the company and its executive team led by chief simplifier Kamesh Goyal, a former Allianz executive who led the German insurer’s business in India, aside from these 3 facts:

– Fairfax recently diluted  its stake in ICICI Lombard – selling a ~13% stake out of the 35% stake it owned – as it looks to comply with the Insurance Act, which doesn’t allow for one company to hold stakes in more than one insurance company

Fairfax is a holding company which, through its subsidiaries, is engaged in property and casualty insurance and reinsurance and the associated investment management. 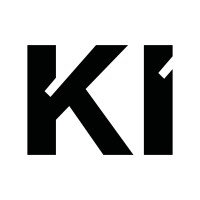 The capital commitment will fund Ki’s expansion as it launches in Q4 2020, enabling the business to grow rapidly to a significant scale.

The transaction will propel the combined entity to #3 amongst non-life insurers in India, with a market share of 8.7%.