Kin raises $35 million in Series B

This round brings Kin’s total funding to date to $86 million since its inception in 2016. The investment comes less than a year after Kin received regulatory approval for the Kin Interinsurance Network (KIN), its reciprocal exchange – a form of insurance company that shares underwriting profits with customers. With its latest round of funding, the company plans to bring its solution, piloted in Florida, to homeowners across the U.S., starting with states most affected by severe weather.

Kin is a team of approximately 140 people.

“As early investors in Kin, we’re excited to see how fast the company has grown from startup into a market-leader for directly marketed homeowner’s insurance. While many insurers spend much of their gross margin paying third-party agents, Kin has eliminated those costs, thus making the experience both simpler and more affordable for customers.” – Dan Rosen, founder of Commerce Ventures. 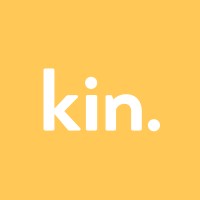 The total capital raised in this round is $69.2 million.

Kin’s has a total insured value of more than $10 billion.

Kin is the only insurtech company to currently offer homeowners insurance in both Florida and California.

Through their new partnership, Cinch and Kin will implement coverages that protect homeowners' assets.