Ethos Life is the latest insurance company going through layoffs. The California-based startup that raised over $100 million, including a $60 million round last August, has cut its workforce by 14%.

Ethos confirmed the company decided to reduce its workforce by 14% and shared the following statement: “Ethos Life has recently reduced a minor portion of its workforce. While interest for life insurance has increased throughout the past few months, COVID-19 has also introduced economic uncertainty with future consumer demand and capital markets. As a result, we’ve decided to make the tough decision to reduce our operating costs, and unfortunately, have had to lay-off a small portion of our team. We’re committed to supporting our affected team members and greatly appreciate their hard work and contributions. Ethos Life is confident in our future and we’re committed to our mission of protecting millions of families.”

Founded in 2016, Ethos grew its headcount from 30 to almost 130 since the start of 2019. The startup also experienced more than a 100% increase in applications and web traffic comparing March to February when shelter in place went into effect. But despite the growth in workforce and applications, Ethos has lost five VPs prior to these layoffs, with the most recent one – VP of Insurance Phil Murphy – leaving after less than two years to become Chief Life Underwriter at Amica.

According to its site, Ethos still has open roles and in mid-May, it was looking to fill over 20 positions according to a company spokesperson. And last month, the startup welcomed its first Chief Revenue Officer in a pretty special way. 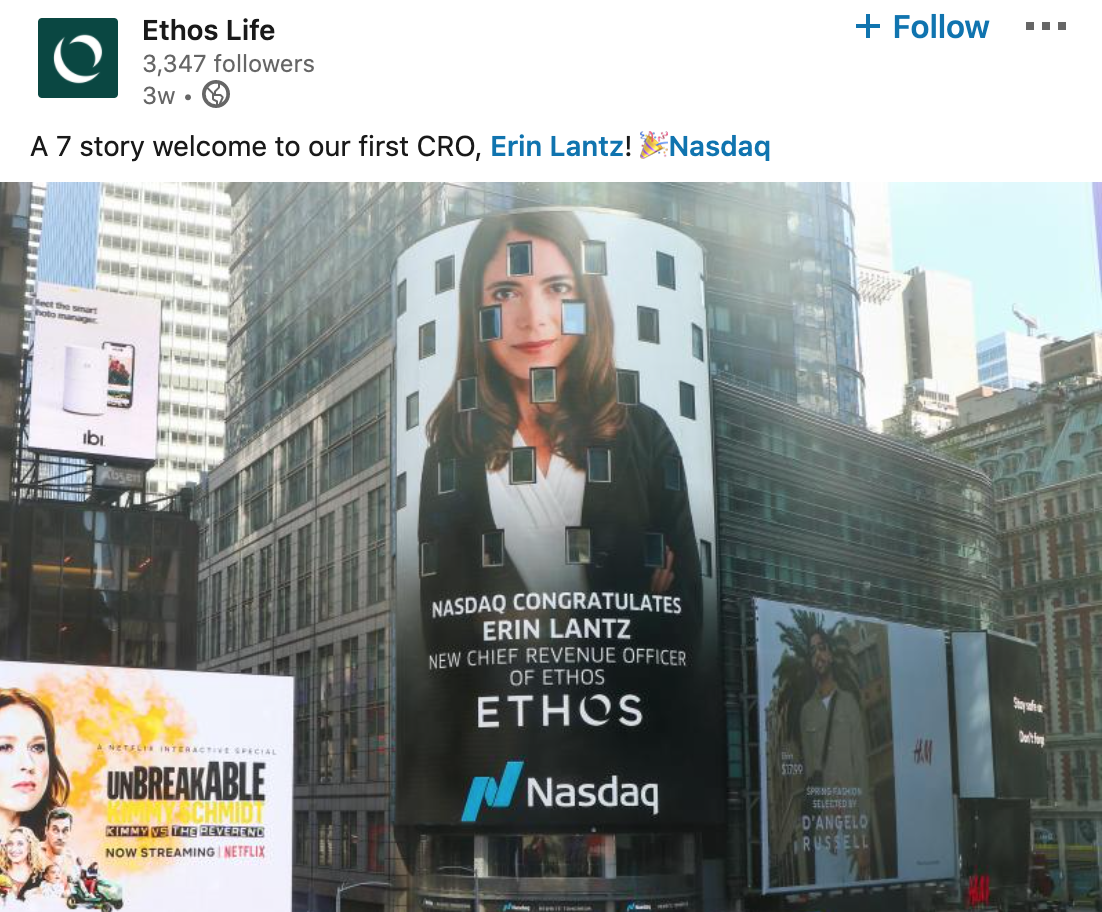 Hub is adding life insurance to its VIU by Hub platform.

Ethos is the first insurtech on the iPipeline platform.

Ethos Life has a new app

The life insurance startup took over Tomorrow's will creation app.