The two have partnered in the past via general insurer MAPFRE BHD Seguros, which offers different plans to protect against property and people risks through its own offices and the network of the BHD León Financial Center,

Ars Palic, whose name will change to MAPFRE Salud ARS, has more than 900,000 customers.

MAPFRE is a global insurer with a presence in the five continents. Reference company in the Spanish market, it is the largest Spanish insurer in the world, the first multinational insurer in Latin America and is in sixth place among the largest in Europe in Non-Life by volume of premiums. MAPFRE has more than 34,000 employees and in 2019, its revenues approached 28,500 million euros and the net profit stood at 609 million euros.

The BHD León Financial Center is the most diversified, broadest and most integrated conglomerate of financial companies and related services in the Dominican Republic, unique in its practice of strategic alliances in the segments in which it carries out its action: financial intermediation, insurance and pensions, and stock market and fiducia. 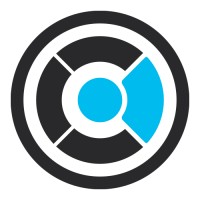 Clupp gets funding from YC

Clupp is based in Mexico.

Zurich partners with AllClear and InsureandGo

Admiral Group sells comparison portals to RVU for over £508 million

The total transaction value, including the amount attributable to MAPFRE, is £508 million plus a further amount that will accrue until the date of completion of the Proposed Transaction.

The Spanish insurer is designing a new claims process supported by claims automation technology from the AI startup.