“I’m excited to announce that venture capitalist MTech Capital and individuals from Stone Point Capital have invested in CyberCube, which augments our previously announced Series B. Their involvement in CyberCube takes the cumulative amount of capital in our Series B raise to $40 million, which will help us accelerate our role as the market-leading cyber risk analytics company serving the insurance industry.” – CyberCube CEO Pascal Millaire.

CyberCube offers a cloud-based suite of cyber risk modeling and underwriting applications to the insurance industry, enabling both portfolio-wide and individual account risk assessment. The company sells to primary insurers, re-insurers, and re-insurance brokers, all of whom require advanced technology tools to appropriately measure their exposure to cyber catastrophes and underwrite individual policies.

An increase in the reliance on the cloud across most industries has resulted in a change in the exposure profile of companies.

The deal gives Hiscox access to CyberCube’s Portfolio Manager product, which will stress test Hiscox’s book of business against a range of cyber-related catastrophe scenarios. 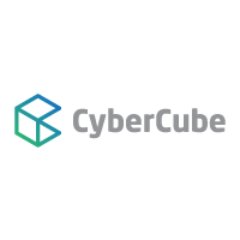 CyberCube raises $35M in Series B

Cyber risk analytics company  announced it has finalized a $35 million Series B capital raise. The funding was led by...