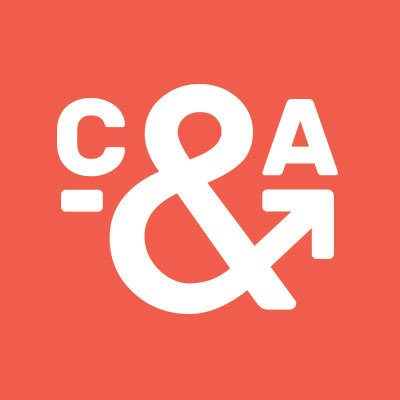 Not Just Another Millennial Listicle 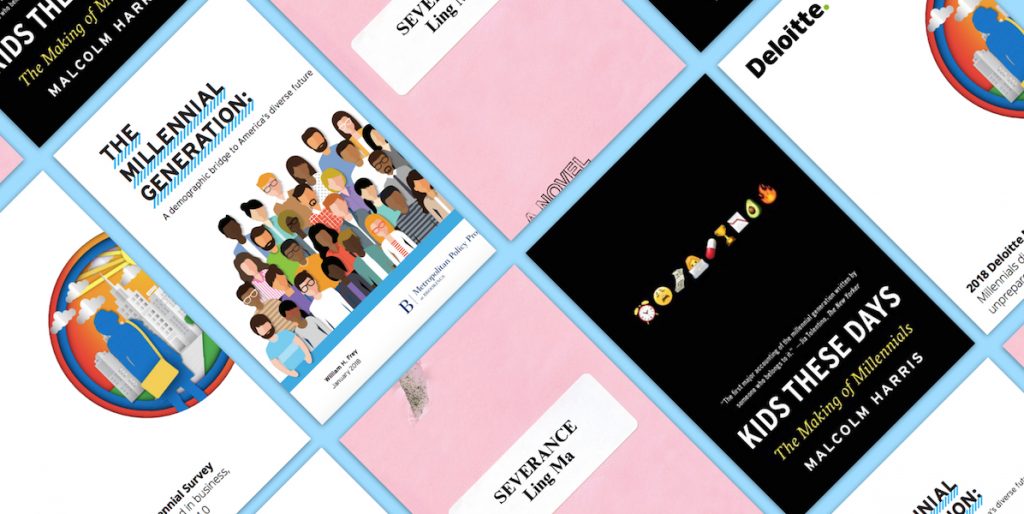 Five Millennial-related must-reads that will challenge everything you thought you knew about Millennials.

Written off as the lazy and entitled assassins of marriage, marmalade, and lunch, Millennials are frequently subjected to eye-rolling, derision, labeling, and of course listicles like this one. So it would go that another Millennial listicle can do little to deepen our understanding of Millennials and may, on the contrary, further calcify the flimsy, misinformed, derisive stereotypes that have been regurgitated about Millennials for more than a decade.

But this listicle is different (I hope). Resisting the reductive effects of Millennial listicles and the equally lazy generalizations too frequently applied to America’s largest living generation, I offer you not just another Millennial listicle, but one that invites you to explore some of the most enlightening research, literature, and writing recently published about Millennials, with the goal of challenging everything you thought you knew about Millennials.

1. Kids these Days: Human Capital and the Making of Millennials by Malcolm Harris

Harris (b. 1988), an outspoken leftist and provocateur who earned his chops as an editor and writer for various publications including the The New Inquiry, Jacobin, Al Jazeera, and N+1, argues that Millennials, more than any other generation in history, are the byproducts of the pitfallsof globalization and late-stage Capitalism, raised to think about themselves (and to be thought of by others) as mere investments in an economic future that never came to fruition. Groomed from their earliest years of school to dutifully out-perform themselves year after year, be available 24/7, and to perform labor for free (ie. for stickers and accolades), Millennials were told that these investments in their own human capital (their economic value) would eventually “pay off.” Harris shows how instead, the self-investments Millennials were expected to make (unpaid internships, expensive colleges, exorbitant amounts of debt, ever-increasing productivity) have instead been met with stagnating wages, chronic underemployment and over work, and a diminishing safety net. His book paints an alternative to the white, privileged, urban Millennial stereotype we know, exploring how the financial crisis, the war on terror, social media, and bad political policy have created a generation that is “poorer, more medicated, and more precariously employed than [their] parents, grandparents, even [their] great grandparents, with less of a social safety net to boot.” It’s a sobering and infuriating read that raises frightening but important questions.

Published in January of this year, Deloitte’s seminal survey of Millennials takes a look at Millennials in the workplace, exploring how coming of age in an era of rapid technological transformation and political upheaval has shaped Millennial attitudes about employers, businesses and work in general, creating uncertainty in the future, a lack of trust in institutions, and the expectation that employers play a larger role in preparing workers for Industry 4.0.

Informative and formidable for businesses looking to recruit and retain a strong Millennial workforce, the survey’s findings include some significant insights. For example, not surprisingly Millennials value diversity and inclusion in their workplace, but what is surprising is how think about diversity. Only 17 percent of Millennial respondents mentioned any aspect of demographics, lifestyle or faith when asked about diversity. Instead, for Millennials, diversity has more to do with tolerance, openness, and respect of individuals and maintaining a diversity of opinions,ideas, and ways of thinking within an organization. Notably, the Deloitte survey canvassed 10,000 Millennials from over 36 countries, which may explain the lack of emphasis on some of the demographic factors related to diversity more significant in countries like the U.S..

Businesses should also take note of the the sharp turn Millennial attitudes have taken toward businesses over the past two years, as documented by the survey. Since Deloitte last asked Millennials about their attitudes toward businesses’ motivations and ethics in 2014, their opinions have shifted dramatically. Less than half believe that corporations behave ethically (compared with 65% in their last survey) and a majority of Millennials now agree with the statement that businesses “have no ambition beyond wanting to make money.”

Despite Millennial misgivings about the ethics and motivations of businesses, they still believe that business leaders can be agents of positive change and are looking for leaders to step up to the plate. One of the ways Millennials see business leaders as having a positive impact on themselves and society is through investment in their employees. Millennials came of age with the internet and understand that the world and the workplace are evolving as rapidly as the technology which influences and underlies them. To stay apace in such an environment will require constant and ongoing training, education, and effort and Millennials expect their employers to play a significant role in helping them stay informed, educated and relevant. As of now, Millennials do not feel that employers are adequately preparing their generation for the future, and they are willing to jump ship for an employer that they think will.

Bottom line: for businesses to sustain a strong and engaged Millennial workforce they will have to make some changes. Those that listen to and invest in their employees’ futures will be the winners.

3. THE MILLENNIAL GENERATION: A demographic bridge to America’s diverse future

Speaking of diversity, the Brookings Institution also published an important study on Millennials earlier this year, theirs focusing on the diversity of the Millennial generation and how it is likely to influence the country’s future. The report positions Millennials as a generational bridge between America’s past and its future–between the whiter generations that preceded them and the increasingly diverse generations that will follow.

The report examines in detail population trends and takes a close look at the geographic distribution of Millennials across the United States, showing Millennial population growth in key areas including the Eastern front of Colorado, Texas, and Seattle and which states are diversifying the most quickly (predictably, most of these states are in the southern half of the country).

“The generational divide is not totally due to racial and ethnic composition. Support for a more diverse America and for politicians who embrace it does not come only from minorities among the millennial generation. It comes from millennial whites as well … White millennials also believe America has changed for the better. In other PRRI survey questions, they are more supportive than older whites in the belief that immigrants strengthen our country and that America’s best days are ahead. Moreover, the 2016 Pew survey showed that, in contrast to their elders, 60 percent of white millennials support the Black Lives Matter movement.”

For decades, Pew Research Center has been a go-to resource for generational research, and over the past year they have published some important and enlightening research that has helped deepen and broaden our understanding of the place Millennials occupy in the workforce, in politics, and the role they will play in shaping the future. Analyzing data from around the world and conducting their own research and surveys, Pew publishes reports and data on everything from Millennial social trends and religious beliefs to Millennial politics and economics.

Some of the more interesting points uncovered intheir recent research include the way in which generational differences tend to be more pronounced amongst Millennial women than men (a point confirmed by our own research), who are more likely to graduate from college than both their mothers and grandmothers and than Millennial men, more likely to be working than women of previous generations, and far less likely to be married. A recent reportpublished this spring on the widening political division between generations is also worth noting. According to their research, political divisions between generations are now wider than they have been in decades, with the majority of Millennials identifying as liberals or possessing liberal views. One of the greatest areas of difference between the generations is on the point of racial discrimination, with 52 percent of Millennials saying that racial discrimination is the greatest reason why blacks can’t get ahead compared with 36 percent of boomers, explaining in part some of the more recent political bipartisanism which has gripped the nation and its politics.

The only fiction pick on our list, Severance, the debut novel by author Ling Ma–a writing professor at the University of Chicago–was published in August of this year. Described as a Millennial Apocalypse narrative and an Apocalyptic Office Novel, Severance tells the story of Candace Chen, who, like the author, is a Chinese immigrant raised in the United States. Through a series of non-linear vignettes we learn that Candace, a college-educated Millennial who had been living an unfulfilled life in New York City making the most of her expensive degree by working at a publishing house specializing in niche bibles, is, when we meet her, the hopeful survivor of a plague, the symptoms of which (repeating the same mundane action, over and over again, for example) resemble something closer to a mental illness onset by hopelessness and boredom than the fungal infection from China to which the symptoms are attributed. Candace has joined a band of survivors and is migrating west. Following their leader Bob, a former “IT guy” who reviewer Cerdiwen Christensen describes as “a middle manager and a cult leader twisted together into the most terrifyingly banal aspects of both,” in her review of Severance for Barnes & Nobles Sci-Fi Fantasy Blog.

Severance is a coming of age novel about the Millennial of Malcolm Harris’s Kids These Days, whose investment in her own “human capital” has left her aimless, anxious, over qualified, debt-ridden and in a kind of way, diseased. It’s a novel that artfully appropriates a litany of genres–horror, satire, sci-fi– as a structural apparatus to grapple with and contain the complexity and multitude of its themes, all-American and all-Millennial– immigration, xenophobia, American exceptionalism, manifest destiny, startup culture, globalization, capitalism–and what becomes of the human spirit when it is reduced to a life of transactions, notifications, and productivity apps.

This adage rings especially true for the Millennial imagination brought to life by Severance, in which the end of the world is literally a capitalist nightmare, where the last and only hope is an “IT guy” leading Millennial survivors on a pilgrimage to Middle America. To play on a phrase from a member of another lost generation (the poet, T.S. Eliot), for Millennials, perhaps this is the way the world ends: not with a bang, but with a push notification.

Numbering nearly 75 million, it is impossible to say even one thing that might true for all Millennials. What is more fruitful, albeit challenging, is to investigate, ponder, and try and understand the circumstances –social, historical, political, economic, technological–that have shaped Millennials, who now comprise the largest living generation, who make up the majority of the labor force and who will soon comprise the majority of theU.S electorate. The stereotypes we have about Millennials bear little resemblance to reality, if only because they are just that–stereotypes. By its very nature, the Millennial generation is vast and varied, and its diversity alone should be enough to encourage deeper levels of research and inquiry than that permitted by another stupid Millennial listicle about all of the things they have killed or hate. Reading high-quality, in-depth research, literature, and other writing is as good as any place to start. But if you still prefer a listicle, I recommend this one: 53 Reasons Life Sucks for Millennials.

To learn more about what our own research uncovered about Millennials, download our latest white paper, Insurance & Millennials: A Coming of Age.

In an effort to better understand how the relationship between employees and employers is changing, Cake & Arrow is looking...

Learn how to use product to create strategic alignment around business goals and customer needs With competing business objectives and...

Small businesses have a long road to recovery ahead. For some, it could take years to return to their pre-Covid...

Cake & Arrow’s Kate Muth joins the On Point podcast to talk about how work is changing and share research...