Banco Santander has announced the launch of Mouro Capital, a new, autonomously managed venture capital fund focused on fintechs and adjacent businesses linked with the financial services industry. Mouro Capital succeeds Santander Innoventures and will have $400 million in allocated funds after the bank doubled its current commitment. Mouro Capital will manage the existing portfolio of Santander Innoventures, which was established in 2014 with an initial $100 million allocation, increasing to $200 million two years later. Since then the fund has invested in 36 startups in Europe and the Americas.

The decision to spin out its investment arm is another milestone in Santander’s four-year (2019-2022) €20 billion digital and technology investment plan. The group is accelerating its digital and commercial transformation to maintain its operational excellence while constantly improving the customer experience and innovative services it brings to customers.

Mouro Capital aims to bring its fintech expertise, global network and strong track-record in successful investments to early and growth stage startups globally. The fund will continue to deploy capital across Europe and the Americas, primarily leading investment rounds with initial investments of up to $15 million and further follow-on reserves.

It will be led by general partner Manuel Silva Martínez, who joined Innoventures five years ago and has led the fund since 2018, and senior advisor Chris Gottschalk, who joined from Blumberg Capital in 2019.

“The creation of our fintech venture capital fund in 2014 has allowed Santander to lead the industry in implementing new technologies, including blockchain, offering better services to our customers as a result. Innoventures has almost doubled the cash invested, despite being relatively young for a venture capital fund. Our goal is to build on that success, and by increasing our investment, while giving greater autonomy to the fund, we can be even more agile and further accelerate the digital transformation of the group.” – Ana Botín, Banco Santander executive chairman.

“By becoming more autonomous, we will gain in agility, attract entrepreneurial talent to the investment team, and further align to our entrepreneurs’ success. We are eager to keep on delivering strategic value to Santander, enhancing our partnership and working with our portfolio companies to support the bank in shaping fintech innovation.” – Manuel Silva Martínez, general partner of Mouro Capital.

The fund has built a reputation as one of the world’s most active corporate venture funds and has a globally diversified portfolio, both geographically and thematically within fintech. The fund has been an early investor in companies which have since reached unicorn status (valued at more than a billion dollars) such as Ripple, Tradeshift and Upgrade. It has already had some noteworthy realisations, including, for example, the sale of iZettle to PayPal in 2018 for $2 billion, and Kabbage last month.

Despite being a relatively young for a venture capital fund, Santander Innoventures has already delivered strong financial returns, with internal rate of returns (IRR) in 25-35% range since inception in 2014 and a c.1.75x cash-on-cash multiple portfolio-wide, with older, more mature cohorts reaching above 3-4x cash-on-cash returns.

Mouro Capital will remain a key driver of Santander’s ambition to be the best banking partner to startups, generating tangible value through strategic collaborations. As of today, 70% of the fund’s current portfolio companies are working with Santander.

Some of those collaborations have been instrumental to key innovations over the past years, including the utilisation of Ripple’s technology within One Pay FX for real-time cross-border payments; the use of Nivaura’s technology for the world first end-to-end blockchain bond issuance (made by Santander); the delivery of end-to-end digitally enabled working capital solutions by Tradeshift; the enhancement of retail banking remote servicing experiences through Personetics technologies; and the utilisation of Crosslend as a platform for private debt mobilisation and regulatory capital optimisation.

To deliver on this mandate, Mouro Capital will add internal resources to its investment team solely dedicated to partnerships and business development opportunities within its portfolio. This will boost strategic delivery for Santander and startups alike.

The new brand, Mouro Capital, has its origin in Mouro Island, which sits at the entrance to the Bay of Santander and is host to a single lighthouse. It guards the port and is the true gateway to Santander.

By more than halving the number of questions that customers would typically have to answer to get a home insurance quote, the average customer can get an online quote in  under three minutes. 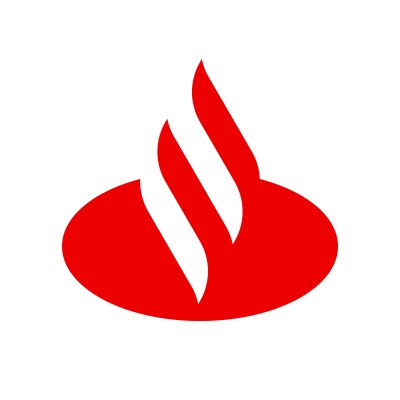