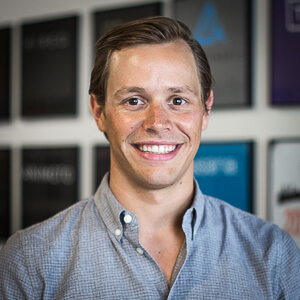 Today, we’re excited to announce that Ascend has officially been endorsed by The AC as their preferred payments and financing platform for its vast member network.

The Agency Collective is a premier network partner for insurance agencies. They host a network of over 700 agencies and help agents transition from captive to independent models. They are committed to the success of the independent agency channel across the insurance industry.

“We are thrilled to partner with The AC and their network of agency members as we believe in serving the independent agency channel and their clients,” said Chris Peabody, Head of Strategic Partnerships.“This partnership will help ease the transition so many agents are making into the independent model by providing them with our modern payments platform that simplifies and streamlines the insurance payments process for all parties involved – including agents and agencies of all sizes.”

The Agency Collective is aligned with Ascend in terms of forward-thinking technology solutions for independent agents to improve internal processes and provide a modern checkout. Their network of agency members will be able to leverage Ascend’s technology to solve the inefficiencies of today’s agency bill and premium financing processes.

“We pride ourselves on working with innovators and companies that not only align with our mission to help independent agents but also enhance it,” says Kenny Urbania, CEO at The AC. “Ascend is tackling one of, if not the, biggest pain points that agents are dealing with – the antiquated and cumbersome payments system. We’re proud to endorse them and engrain them into our network of agents.”

This is one of many partnerships and alignments Ascend has been a part of this year, as they deepen their relationships with other insurtechs, MGAs, AMS, and carriers to complement the innovations being made by companies in the insurance market.

The integration with Ascend enables agents to easily offer both premium financing or pay in full payment options for their customers with a single click of a button.

Ascend, the modern insurance payments platform, announced a partnership with Independent Insurance Agents of North Carolina (IIANC), which has named...